The presentation discusses art’s political engagement questions in connection with the life-work of the emblematic representative of contemporary Chinese film.

The creator of The story of Qiu Ju, Raise the Red Lantern, Hero, House of flying daggers, Zhang Yimou, was a celebrated hero of western film festivals in the 1980’s and 90’s, made a name as the creator of blockbusters in the last decade. His career was formed by the impression of authorship and the popular film culture, critical position and political commitment. The interpretations of life-work, what played key role in getting Chinese movie well-known and recognized at national and international level, accurately shows the diverse -and especially significant in cultural globalization- questions of cultural representation and self-exoticism. The presentation studies the problematic of speaking in the social milieu with analyzing the Hero movie through the dynamics of nearness and distance to power.

Researchers’ Night in the Spirit of Chinese Inventions

The annual Researchers' Night will be held at the end of September. This evening's presentations will highlight oriental studies as „popular science,” – as a topic that should become familiar to everyone in Hungary.

This year the focus of the ELTE Confucius Institute will be on Chinese inventions. There will be a number of interesting presentations for the public. Visitors will be able to attend seminars by Dr. Imre Hamar (Director of the Institute), Kornélia Major and Csenge Gulyás (both sinologists), and Alíz Horváth (sinologist-japanologist). In addition there will be an exhbition of the Institute's extensive Chinese book collection.

A new series of lectures is starting up at the Confucius Institute with the title of ”China and the Arts”.

A new series of lectures is starting up at the Confucius Institute with the title of ”China and the Arts”.

The opening lecture of the year will be presented by Dr. Beatrix Mecsi, adjunct professor of the ELTE Korean Department, on 25 September at 6 PM. Her presentation, entitled „Realism and the Confucian Ideal in East Asian Portraiture” will deal with various aesthetic theories which underlay East Asian portraits of the last two millennia.

For further information read below:

„The actual depiction of the subject plays an important role in every culture, but especially in the Chinese, where much has been written about the theory of portraiture. I intend to show how various writers theorized about portrait art. For example, Gu Kaizhi (顧愷之ca 344-406 CE) considered the soul of the subject to be most important: it was to be presented with the help of external similarities (chusanshen xiezhao 伝神写照). In contrast, the philosopher Cheng Yi (程頤1033-1107 CE) insisted: „If even one strand of hair is incorrectly placed on the picture, then it is the portrait of a different person.” In Neo-Confucian Korea this approach was taken literally, so that in the Joseon era after 15th century CE, „clinical exactitude” became common, a phenomenon which remained unique in East Asia.

Tea and painting – Confucius Institute in the Museum of Fine Arts

The closing ceremony of the exhibition ”Openness and Integration – Contemporary Chinese Art” was held on the 9th of September in the Museum of Fine Arts. The evening's events included a traditional Chinese tea ceremony with comments and explanations by Alíz Horváth, cultural program organizer of the Confucius Institute.

This was followed by a round table discussion about the characteristics of modern Chinese art and its reception in Europe, with Dr. Gergely Salát, director of the Modern China Studies Center, also taking part. After the program guests were treated to a special guided tour of the exhibit and were invited to sample several different Chinese teas.

Language learning and calligraphy featured at the Language Parade

Between the 7th and 9th of September a Language Parade was held at the Millenáris Park, where visitors had the chance to meet with the workers of the Confucius Institute as well. At the booth of the institute the interested people could have their questions answered regarding the Chinese language and various language courses.

The event featured new tools used in Chinese language education which have been specifically tailored to Hungarians, including a new Hungarian-Chinese textbook, and various online programs and dictionaries which assist students in their language studies. The Language Parade also included a calligraphy demonstration carried out by Chinese teachers of the institute. Two seminars of great success – hosted by Alíz Horváth and József Terjék on Saturday and Sunday – provided additional details about innovations in domestic Chinese language education and online learning materials.

Dr. Huba Bartos: Flying Tigers - American volunteers in the war against the Japanese in China (1941-1942)

The American Volunteer Group (AVG), popularly known as the "Flying Tigers" consisted of three fighter squadrons, who were essentially mercenaries, mostly of American origin and US-financed, who ...

... helped the Kuomintang government in the struggle against the Japanese invaders, from December 1941 until mid-1942. At this point the squadrons were integrated into the regular armed forces of the U.S., which had also entered the war in the Asia-Pacific region, thus subtracting them from Chinese control.

The unit's name is still surrounded by legends, and their names (as well as the names of their most successful pilots) are still very well known in both the U.S. and among the personnel of the Taiwan Air Force. One obvious reason is that besides the Allied air forces fighting in the region they were (according to combat statistics) by far the most successful, another likely reason is that they were volunteers: they checked in for front-line service, when (in addition to defending another country), their own homeland, the U.S., was not yet a fighting party.

The lecture will present the short but eventful history of this unit. Dr. Huba Bartos, Associate Professor of the ELTE University, Institute of Far-Eastern Studies, Chinese Departement

The theme of this slide show presentation is the Uighur community living in Xinjiang province in China.

Balázs Turay, photographer who will give the presentation, has repeatedly visited Northwest China, the former Silk Road oasis cities, and photographed the ruined cities of Turfán, Tunhuang, Jiahoe and Gaochang as well.
The images will be discussed in relation to the history of the region, religion, cultural diversity, the role of Buddhism and Islam, proliferation, and also - as a taster - we will hear about the characteristics of documentary photography, and how to take portrait and landscape pictures.

The young children can recognize the sounds of the Chinese language through short rhymes, songs and tales and under the supervision of our Chinese and Hungarian teachers; they can produce Chinese tissue paper creations as well.

Ágnes Tőrös: The past and present of the Chinese exchange rate policy

According to their own economic and political philosophy and their strategy, countries freely choose their exchange rate policy.

Their choice of which exchange rate system to apply is influenced by various financial and economic conditions. Chinese exchange rate policy has often been in the crossfire of international disputes, as over the past twenty years the exchange rate of the official currency has been mainly linked de facto to the U.S. dollar. Market forces arising from the enforcement of the pricing side of the exchange rate have had both positive and negative effects.

At the presentation, we will review the milestones of this policy, examine the reasons and intentions behind the decisions that have been taken, and then evaluate the opportunities and risks resulting from the exchange rate policy.

Children's Day in the City Park

The International Children's Safety Service, together with the Metropolitan Municipality, is organizing the Children’s Day series of events for the 22nd time at the City Park of Budapest, where the ELTE Confucius Institute is also represented.

Interactive occupations await children (and adults too of course) who want to become more closely acquainted with Chinese culture, and to get tangible experience of this fascinating country! 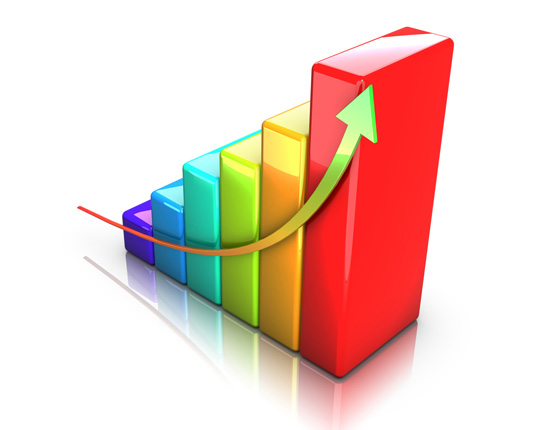